A long day at work, after which you want to collapse into your pillow and fall asleep. But at home, life goes on: eating dinner, doing the dishes, spending time with the family, walking the dog, and making plans for tomorrow.

We often put off going to sleep because we have so many things to do, so we can finish what we’ve planned and watch a new episode of TV, because there’s no other time to do it. Even if we know that we regret our choice in the morning. Psychologists call this phenomenon procrastination sleep.

Let’s figure out how to break the toxic cycle and start sleeping.

Revenge on Self for Life

Sleep procrastination, or Revenge bedtime procrastination, is a kind of “revenge” on ourselves for our busy daytime schedule. It is as if we are punishing ourselves by not sleeping for the sake of leisure time–and, accordingly, ensuring a broken state for the morning.

The term comes from the Chinese expression bàofùxìng áoyè, which translates as “putting off sleep. The vengeance comparison was also first used in China in 2014 – to describe how people working 12-hour shorter hours of sleep in an attempt to regain the illusion of control over their time.

Experts have long warned that inadequate sleep is becoming a global epidemic.

Philips company study examined the behavior of 11 thousand respondents from 12 countries. Researchers found: 62% of adults around the world feel that they do not get enough sleep. Survey participants cited various reasons for lack of sleep – from stress to uncomfortable bed. Most (37%) cited busy schedules during the day as a major factor. The average respondent sleeps about 6 hours on weekdays – while the norm is 7-9.

Therefore, they need more time than men to get enough sleep, on average 30 minutes.

China, the birthplace of the term “sleep procrastination,” is perhaps the country with the largest number of studies on this topic. For example, a national survey found that 60% of people born after 1990 are chronically sleep-deprived.

Those who live in megalopolises suffer most of all – it is connected with the culture of overwork in corporations and the 966 phenomenon (work from 9 in the morning till 9 in the evening 6 days a week). The National Bureau of Statistics of China found that, on average, workers have only 2.42 hours a day to themselves-that’s the time a person is off work and not sleeping.

“We value productivity so much that we pack our day too tightly,” says Lauren Whitehurst, a cognitive neuroscientist and sleep researcher at the University of Kentucky. Revenge bedtime procrastination, Lauren notes, is the subconscious mind’s signal that your daytime life is too congested. It’s not that we can’t sleep, but that we put off sleep in an attempt to regain control of our time.

Sleep procrastination has increased worldwide with the onset of the pandemic and the heyday of remote work. According to a study by the American Academy of Sleep Medicine, nearly 40 percent of people have had trouble transitioning to remote. Ciara Kelly, a professor of work psychology at the University of Sheffield’s School of Management, notes that today’s employment models (telecommuting and 24/7 employee availability) make it increasingly difficult for people to distinguish between work and home. This makes it feel like we’re “always at work” – because a task can “drop off” at any time, Dr. Kelly notes.

Mohammed Samina, a specialist at the Sleep Disorders Center in New York City, also believes that sleep procrastination is a result of living in a hyper-connected world, where we can be “bugged” by messengers at any moment. “We’re getting busier and busier, and we have less and less time for ourselves.”

What are the dangers of sleep procrastination

According to Dr. Nilong Vyas of the United States, lack of sleep negatively affects a person’s cognitive abilities: it impairs thinking, memory and decision-making, and develops dementias, including Alzheimer’s disease.

A bonus is feeling sleepy during the day, which reduces productivity and can cause accidents.

Other negative consequences of sleep deprivation include:

How to stop procrastinating sleep

Your work day is over, the family has eaten dinner, and the kids have finished their homework. Do you have 17 more things to do on your list? Instead of staying up late, pick 1-2 tasks and focus on them, advises cognitive neuroscientist Lauren Whitehurst.

#2. Don’t procrastinate in the evening.

Sleep medicine specialist Dr. Raj Dasgupta advises getting rid of tasks that threaten to drag on in the evening. For example, don’t try to reach the next level in a game or start a new season of a TV series.

Dasgupta notes that it is important for the brain to switch from work mode to other activities, but leisure time should not come at the expense of sleep. If so, neither your body nor your psyche will get a good night’s rest, and the pleasure of your time to yourself will be undermined by a broken state in the morning.

Come up with rituals to prepare for bed: light an aroma lamp, take a bath, turn on a humidifier, adjust a nightlight, read a book, do meditation or gentle stretching. These familiar actions will help make falling asleep almost automatic.

Beyond that, neurobiologists advise:

If you’re having trouble starting a sleep routine, try setting an alarm clock to remind yourself when it’s time to tuck in. 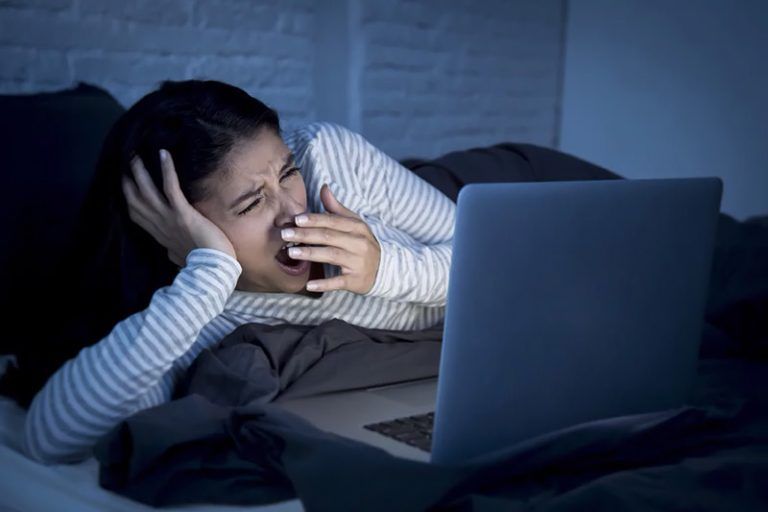 #4. Get rid of intrusive thoughts about things you haven’t done

Sometimes, though, getting up and doing something that keeps you awake is the only way to sleep. “Finish a work task or send an email if it won’t get out of your head before you go to sleep,” Dr. Whitehurst advises.

Sometimes there’s a risk of becoming mentally trapped: You worry about not being able to sleep – and that only makes it worse. Get out of bed, go for a walk around the house, wash the dishes-do whatever calms your mind. After that, you can try to go back to sleep.

#5. Adjust your nighttime lighting and temperature

Dr. Whitehurst notes that light is one of the most important signals to our brains about when to be awake and when to sleep. Bright lighting will further disrupt your ability to fall asleep. Place dim, warm light sources around the house in the evening to avoid overstimulating your brain.

Minimize lighting in the bedroom – this will also help improve sleep. To create a comfortable environment, consider blackout curtains or a sleep patch.

Another important factor is temperature: the body is more comfortable sleeping in a cool room. Scientists from Hopkins University (USA) in the course of a number of experiments determined the ideal temperature for sleep – +18 C. 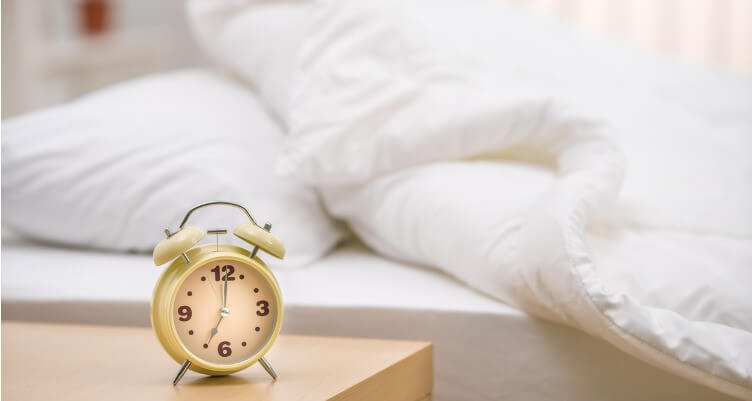 #6. Reward your brain with breaks during the day

Neurobiologists believe that the reward system is one of the most important in the brain. Reward and the subsequent release of joy hormones largely govern our behavior and make us more willing to choose things that lead to pleasurable stimuli: food, sex, alcohol. Correspondingly, we are repelled by things that require more energy or effort – conflict, chores, unpleasant conversation.

The brain weighs our actions and their consequences, building new chains of action and accepting the pattern: whether what we’ve done is worth repeating. In this case, the reward is an incentive to help change the pattern.

For every hour you work, schedule a 10-minute break. Your productivity will increase because your brain knows the reward is just around the corner and becomes more motivated. In addition, subconsciously taking breaks creates the illusion that you have better control over your schedule and life in general – it will make you feel better at the end of the day.