8 signs that you are being hired by a toxic company

The MIT Sloan Management Review analyzed 1.4 million employee reviews on Glassdoor about the 500 largest U.S. companies. It found that a toxic work environment causes layoffs 10 times more often than wages. The researchers defined a toxic culture as one where disrespect, unethical behavior, and equality and inclusiveness thrive.

Fortunately, red flags can be spotted at the interview stage. To avoid being on the nasty toxic team, look out for these 8 signs.

#1. The details of the interview are unclear.

The way the company handles the new hire process is 100% indicative of the corporate culture. An organization with strong values makes sure they are reflected at all levels. If clarity, responsiveness and organization are important, the company will make sure that job seekers see this side throughout the hiring process. When you’re not told exactly when, where you’re interviewing, who you’re meeting with and what position is being offered – take note.

Also, according to Liz Ryan, author of “Break the Rules to Get the Job You Want,” “if HR tells you a scheduled interview time and doesn’t specify what date and time would be convenient for you – it could be a sign of a toxic culture!”

#2. No opportunity to talk to the team

In a “toxic” environment, managers control employee communication, even with potential coworkers.

“If a hiring manager won’t introduce you to anyone on the team in an offline interview, that kind of thing signals a toxic workplace. It’s a wake-up call that leaders don’t trust their employees, and a clear sign of micromanagement, rigid politics and overwhelming behavior,” says Laura Gallagher, an organizational psychologist with the consulting firm Gallaher Edge.

“If a company treats a job interview like a one-way street, the same will be evident in the leader-employee relationship.”

#3. Gossip about current or former employees

During the interview, the interviewer should not share information about the previous employee – only explain the specifics of the position. If you hear HR or a supervisor say something like, “Word is she had problems with her husband…that’s why she got so distracted and stopped meeting deadlines,” it means the corporate culture doesn’t discourage gossip.

According to Mary Abbaja, CEO of leadership development consulting firm Careerstone Group, caustic comments and rumors are a sign of a toxic environment. In companies where colleagues are freely discussed in their absence, people are more engrossed in office drama than they are in getting the job done.

One way to find out if something like this might be a problem is to ask what happened to the person who previously held the position. “If a manager berates a former employee, that’s a bad sign. If he scolds a current employee, run,” says Donna Bollman, an employment law attorney and author of “Protect Yourself Without Firing. 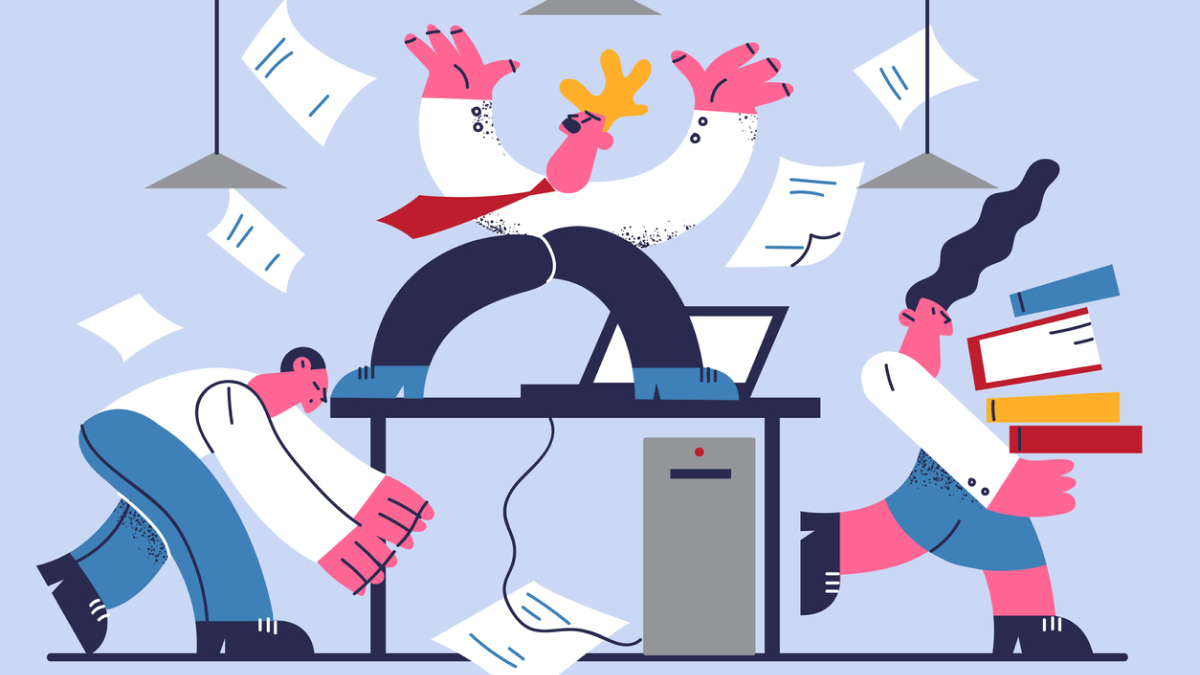 There is no 100 percent perfect organization. But in a toxic environment, managers refuse to admit mistakes and look for ways to improve. According to business coach Laura Gallagher, interviewers’ reluctance to discuss team or company weaknesses is a red flag.

“If leaders broadcast that everything is ‘perfect,’ it gives the impression that other employees should do the same. Then people begin to cover up mistakes – and subsequently blame others when things go wrong. This behavior is toxic and hurts the company at all levels,” Gallagher emphasizes.

#5. The hiring process is too fast or too drawn out

If the interview only lasted a few minutes, there are two reasons: either you’re not the right person for the job, or the organization doesn’t care about who to hire. In the second case, your instincts should tell you to run.

“When a company needs to hire quickly, it takes every opportunity to close a position. It’s a clear signal that the business is scaling in a hurry or is desperate and they don’t care who they hire for the position. “They just want ‘stats,’ and I wouldn’t want to be part of that culture,” says Aaron Harvey, founding partner of New York-based digital agency Ready Set Rocket.

Another problem is the drag on the hiring process. When there are endless group interviews on top of other interviews with no clear timeline, it’s a sign that the company isn’t sure who it’s looking for and if the position is really needed.

Also, something like this can mean that there is another candidate who is being seriously considered. But the organization can’t make a final decision – and shifts the responsibility to the job seekers by scheduling new and new interviews.

When interviews last for weeks/months, you have to put your life on pause. To prevent this from happening, ask about the hiring process and timeline in advance – and then ask the company to stick to the schedule.

“If the next meeting after the introductory interview doesn’t have a decision maker – I would consider it a waste of my time,” stresses Aaron Harvey.

#6. Profits and bonuses are a company’s primary motivation

Manuela Prizemuth, a professor of management at Villanova University, studies toxic workplaces. She notes that management’s preoccupation with profit alone can be a sign of unethical corporate behavior. Certainly the culture should focus on revenue, but it should also take into account the company’s mission, values, product and team development.

The way management talks about success can also tell a lot about employee advancement within the company. If a potential employer uses all-or-nothing rhetoric, it means there is a thriving “winners and losers” policy on the team. 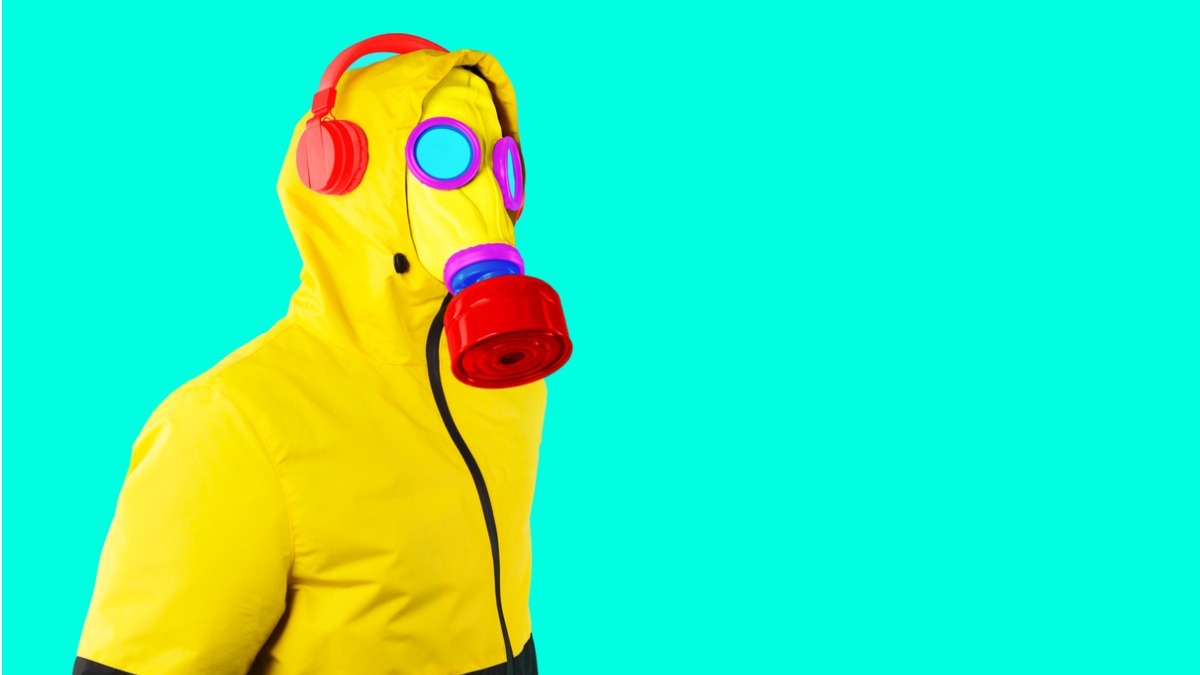 #7. No clear idea of responsibilities

When you ask about specific responsibilities and the interviewer answers in generic phrases over and over again, that should be a cause for concern.

If a company is clear about who it is looking for – it spends a lot of time writing detailed job descriptions to attract the right candidates. That way, the job seeker understands the specific skills needed for the position. This ensures that neither the employee nor the company will have any unpleasant surprises when the hiring process is complete.

According to Timothy R. Clark, CEO and founder of the consulting firm LeaderFactor, feedback and clear expectations at the interview stage are critical. It will be difficult to develop a career with a company that constantly changes direction or gives vague answers.

During the interview, be sure to ask about the team, role and company. Candidates may feel like you can’t ask too many specific questions, but it’s actually important and can impress a potential employer.

#8. Tense atmosphere in the office.

One of the most accurate signs of a toxic workplace is atmosphere. Donna Bollman, an employment attorney, recommends paying close attention to how employees interact with each other in the workplace during an offline interview.

“How are you greeted? Do people avoid eye contact? Are they chatting casually in the office space or scurrying back and forth quickly? All of these things can give you clues about the workplace.”

Too quiet an environment should also make you wary. Is everyone staring at the screens and no one looked up as you walked by? Perhaps employees are too scared to talk, or just can’t stand each other’s company.

Chances are, you want a work environment where people interact quickly and easily, not a group of strangers who won’t look each other in the eye.