8 tips to pump up your team growth mindset

According to a Harvard Business Review study, people who work in organizations with a growth mindset are 34% more engaged and loyal to the company. 49% of employees in such businesses believe they are contributing to innovation and are proud of their employer.

What is a growth mindset

The difference between growth mindset and fixed mindset was first introduced by psychologist Carol Dweck of Stanford University in 2010.

Let’s break down the definitions:

With a fixed mindset, personal potential is inherent from birth, and it is impossible to develop it beyond what is “measured. For people with a growth mindset, the potential is infinite.

Carol Dweck, in her book Mindset, shows the difference between the two approaches with the example of the word “yet. In a situation where a person with a fixed mindset would think, “I can’t do it,” another, with a growth mindset, is more likely to say, “I can’t do it… yet.” Such a formulation focuses on potential – on what we can achieve if we try.

With this approach, every obstacle becomes a learning opportunity. People with a growth mindset recover quickly from mistakes by recognizing them as part of the process.

According to Dr. Dweck, businesses should develop more of a corporate culture with a focus on expanding skills, rather than just celebrating “stellar employees.” Dweck believes: when entire companies embrace a culture of growth – their employees feel stronger, more motivated, and supported to develop and innovate.

Former Microsoft CEO Satya Nadella believes that the growth philosophy is a shift from “I know it all” to “I want to learn it all.” At Microsoft, Nadella has implemented this approach in the form of “hypothesis testing.”

Instead of “I have an idea,” the executive says, “I have a new hypothesis, let’s test it.” If the testing requires an unreasonable amount of resources, the team simply moves on to the next idea. Nadella notes that there’s nothing wrong with admitting failure if a hypothesis doesn’t work.

How to pump up your team growth mindset

The types of goals you set for your team affect their behavior and mindset. Objectives based only on results-such as the size of the business’s revenue-guide employees toward a fixed mindset. There is little flexibility in such a setting: you either meet the plan or you don’t.

Learning-based goals may seem less advantageous at first glance – because you have to put the cost of team mistakes into them. But this approach will allow you to move away from the usual “work as you work” approach to adopting a growth mindset: looking for new, perhaps riskier solutions and the habit of viewing failure as a point of growth. For the long game, this approach is more advantageous.

The theory is confirmed by the example of Chrysler: in the 1980s the company was on the verge of bankruptcy and was forced to take a 20-year loan from the government. When the top management implemented the principles of the growth philosophy, the team created a fundamentally new minivan model. 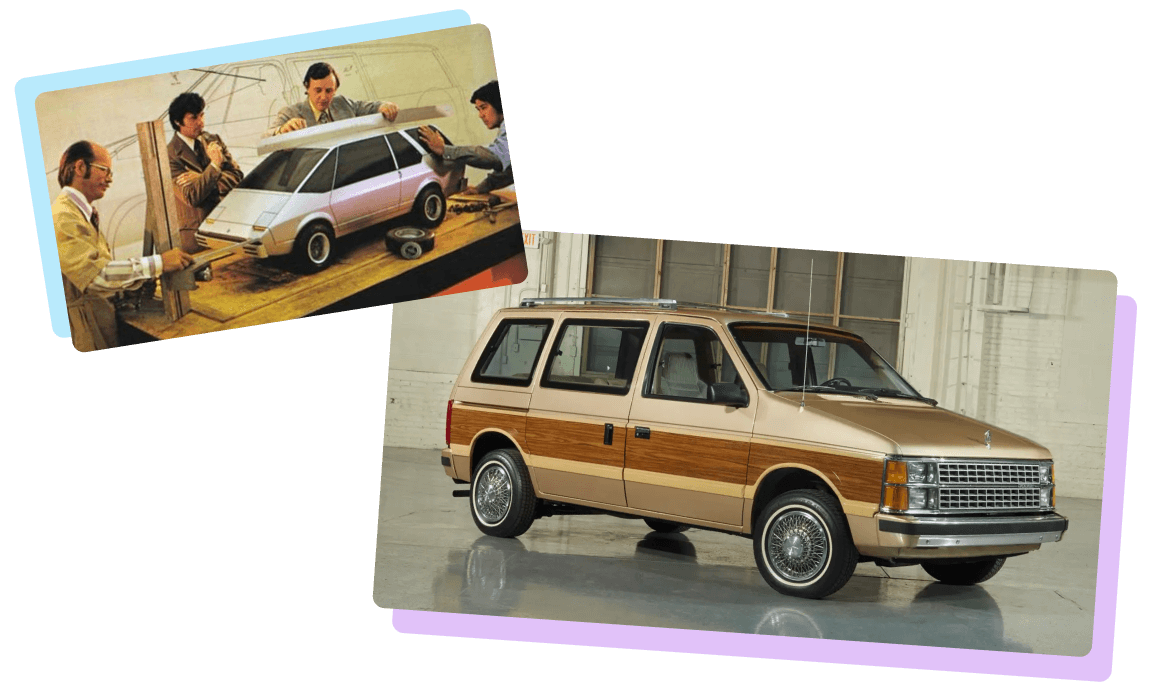 The success and profits were so large that Chrysler was able to pay back the loan eight years early. The team moved away from the usual goal of producing as many cars of proven models as possible, developed a brand new, risky one–and won.

#2. Support the team in failures

Risk aversion is typical behavior for someone stuck in a fixed mindset. To help your team get out of such a trap, it’s important to show employees that they can make mistakes-and the company won’t kick them out the door for it.

For example, former Microsoft CEO Satya Nadella sent a letter of support to the team of the scandalously failed initiative. In 2016, the company launched the Twitter bot Tay, which was supposed to show off the capabilities of artificial intelligence by talking online with users about a topic they had set. The bot had to be deleted after 16 hours because its interlocutors provoked it to make racist and discriminatory remarks.

The company shut down the project and apologized to users, and Nadella urged employees to take criticism the right way, showing “empathy for all those affected by Tay.” In addition, Nadella stressed that he always remains on the side of his team, and one wrong hypothesis should not stop their attempts to change the world.

Change your behavior when you fail. If someone on the team makes a mistake, the easiest thing to do is to pass the task on to someone else-and that would be a manifestation of fixed thinking. Instead, ask your colleague how you can support him now and next time. What does he need? Extra training, help from the team? Only when employees have opportunities for development do teams become stronger.

#3. Push the team to get out of their comfort zone

Professor Dweck’s research shows that people with a growth mindset cope better with problems. And those with a fixed mindset try to avoid challenges and give up faster.

Jerkis-Dodson’s law shows that there is a U-shaped relationship between problem and efficiency. Work that is too easy causes boredom, while overly difficult tasks increase anxiety and demotivate. A person performs best when his tasks are moderately difficult.

If you want to arm your team with a growth mindset, push them beyond their comfort zone. At the same time, don’t miss the line beyond which the tasks slowly become more difficult and overwhelming. If they’re too hard, you might develop a fixed mindset.

#4. Create a reciprocal culture of feedback

Executives often think a feedback culture is great if they give feedback to the team. But the process must be reciprocal. Only dialogue will help “unlock” a growth mindset in the team.

For example, Google has a practice of “cross-feedback”: managers practice regular one-to-one with employees, and once a quarter team members fill out a questionnaire evaluating the interaction with their manager. And it works: according to statistics, companies that have implemented feedback from employees have a 15% lower turnover rate.

A feedback culture that works both ways shows that the company is focused on growth, not judgment. It’s a way of acknowledging that the manager doesn’t understand everything either, but is willing to learn.

It also creates an atmosphere of psychological safety. Employees can’t focus on growth if they’re busy fighting stress and fear of not meeting expectations.

#5. Develop a culture of criticism.

People with a fixed mindset believe that their intelligence and skills cannot be improved, so criticism makes them defensive. And for people with a growth mindset, it’s a tool that allows them to get better.

If you can instill this mindset in your team, the feedback will be a positive experience. So a person will perceive criticism as an opportunity to learn something rather than an attack – as if all his merits have been questioned.

#6. Don’t be afraid of “silly” questions

A team with a fixed mindset will not ask “stupid” questions for fear of losing credibility. By instilling a growth mindset, you will create a culture in which everyone can question what they don’t understand or resist.

At first glance, a newcomer asking why a process is done this way and not that way may seem silly-but it takes courage. In addition, such questions often allow you to uncover a problem that has become invisible and sunk into routine.

People with a growth mindset like to be judged by results, not hours worked. This phenomenon has a separate name: work on trust.

Ex-HR Director of Deutsche Bank Michael Ilgner said in an interview at the World Economic Forum that coming to the office, working your time and going home is a story that has no responsibility for the result. It then shifts to someone else.

Ilgner supports the idea that a manager should set a task and give the team full freedom. With this approach, employees understand the benefit of how efficiently they use their time. After all, they don’t have to finish their work hours “for the record.”

Some teams, especially those with predictable responsibilities and workflows, operate successfully within a fixed mindset.

If you still think that such a mindset is slowing down your team, start with small steps. For example, establish a process of information exchange.

Many problems in companies are due to poor communication between departments. For example, when marketing doesn’t know how things are going in sales. If both departments are aware of each other’s problems and challenges, however, together the team can find new ideas for creatives and improve the quality of leads.